Our story is one of simple beginnings
and hard work as we chase our dreams.

Having survived a near fatal shot from the employment fire-sale of the great recession of 2009, in early 2011 Nick was once again staring down the barrel of economic downsizing. Already contemplating a career change, he and his wife Erin decided to take a proactive approach to their future employment.

The two began discussing the feasibility of turning their love, appreciation, and homebrew production of quality craft beer into a full-time occupation.

The time was right and the two agreed that there was an opportunity for success in the launch of a Nano Brewery in the Rogue Valley. By mid 2011 they had fully committed to the idea, and Apocalypse Brewing Company was launched.

Shortly thereafter, good friends Dennis and Penni became involved in the business, providing planning and development support. During this time, Nick and Dennis were also actively brewing and developing recipes on the homebrew setup that would eventually become the brewery’s first production system. 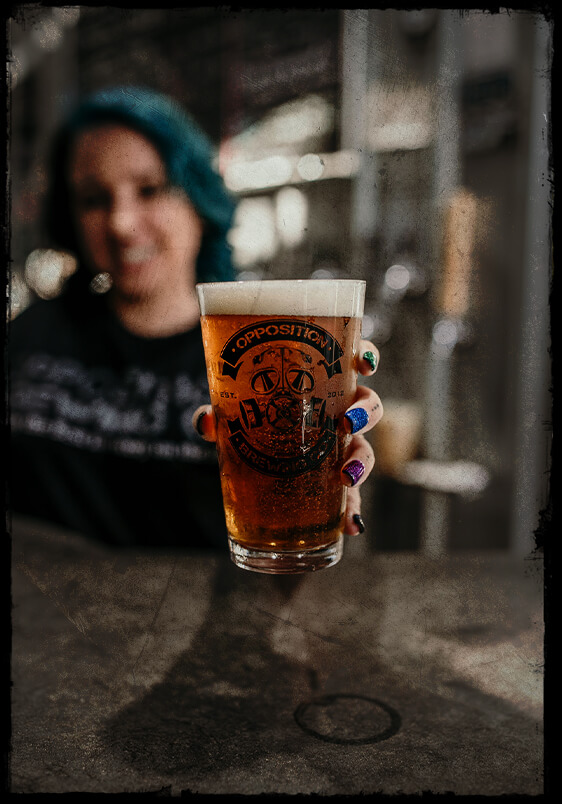 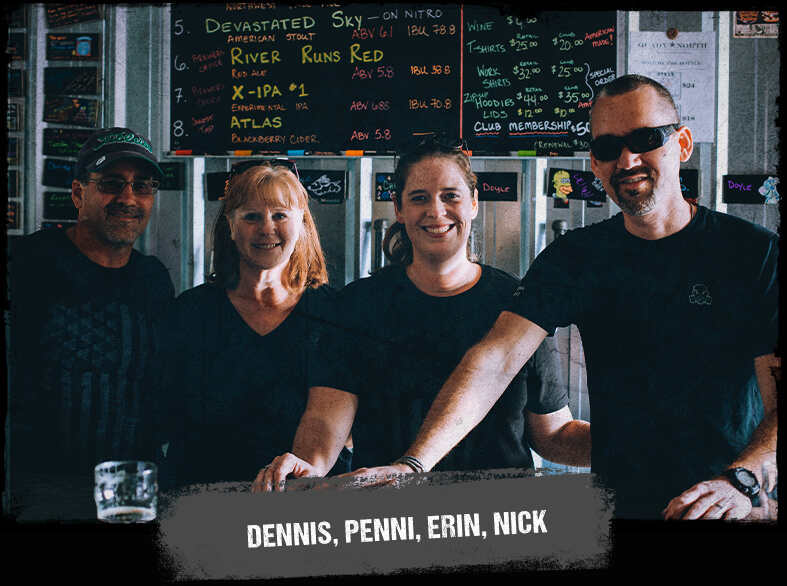 After many hours, weeks, and months of construction and build-out, apocalypse brewing finally opened its doors on September 15, 2012.

With an overwhelming initial response and production volumes quickly surpassing original targets, the Apocalypse team upgraded to their current 1.5 barrel system in February of 2013.

We believe in enjoying great beer made simply. We relish in the pursuit of good times with family and friends. We encourage everyone to always live in the moment, raise a pint, and embrace the chaos! 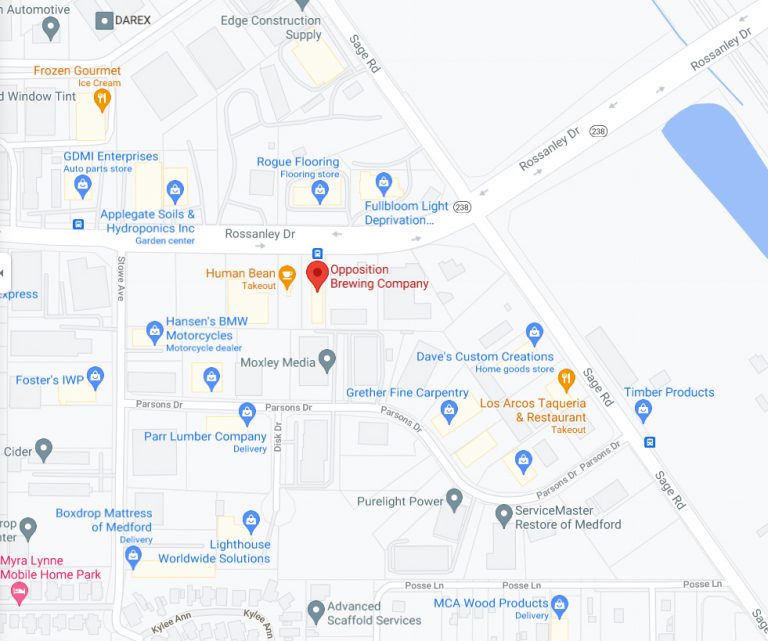 From I-5, take Exit 30. If traveling northbound on I-5, turn left at the stoplight onto Hwy 62. If traveling southbound on I-5, turn right at the stoplight onto Hwy 62. Continue on Hwy 62 for approximately 1.2 miles (passing through several lights, crossing over Hwy99, and passing the REI and Trader Joes complex on your left). Proceed straight through the intersection of Sage and Rossanley (you’re now on Rossanley by the way) and look for the Human Bean (and our sandwich board sign) on the left! Turn into driveway and look for the brewery in the back of the building on your left. You’ve made it!